Median Annual Earnings in the US: Stagnant from 1974 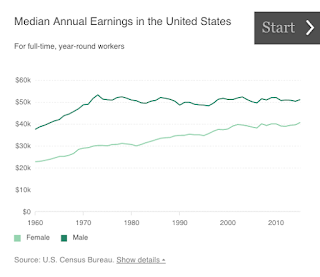 Email ThisBlogThis!Share to TwitterShare to FacebookShare to Pinterest
Labels: US, wages

Here is the wikipedia description of the event:

Queen were due to go on the Today show of 1 December 1976 but cancelled their appearance at the last minute. They were replaced by the punk rock band the Sex Pistols, who appeared at short notice, with their entourage in tow. The show was broadcast live and uncensored on weekdays at 18:00, a time when spoken obscenities were forbidden.

The interview began with Grundy introducing the band but he then began to provoke his guests. As he introduced them, he said that "they are as drunk as I am!" Initially, he received mocking but relatively innocuous responses from Glen Matlock. However, Steve Jones, when asked by Grundy what the band had done with the £40,000 given to them by their record company, said: "We fuckin' spent it ain't we?" The obscenity was overlooked by Grundy at the time. Following this, Johnny Rotten, in response to a question about Beethoven, Mozart, Bach and Brahms, muttered the word "shit" under his breath. When challenged by Grundy, Lydon said that it was nothing but a "rude word" and asked Grundy to go on with the interview. Grundy insisted that Lydon repeat what he had said. When Lydon did so, Grundy mocked him.

Next, Grundy spoke to Siouxsie Sioux, who appeared as part of the band's entourage. She said, "I really wanted to meet you", to which Grundy responded by saying, "Let's meet after, shall we?" Interpreting this as a sexual comment, Steve Jones responded by calling the interviewer a "dirty sod" and a "dirty old man." Grundy further goaded Jones to "say something outrageous", a challenge that Jones met by calling Grundy a "dirty bastard" and a "dirty fucker". Grundy responded, "What a clever boy(!)" and Jones added "What a fucking rotter!" As the show ended and the credits rolled, Grundy mouthed, "Oh shit" as the band began dancing to the closing theme.

Although Today was only a regional programme for London, it became a national story due to coverage and comment by the tabloid press. As a result, Grundy was suspended for two weeks and Today was cancelled two months later. In a 2008 poll conducted by FremantleMedia, at this point Thames' parent company, the Today show interview was the most requested TV clip ever.

Posted by Ted Swedenburg at 9:36 AM No comments:

Check out this post from Dangerous Minds on psychedelic TV adverts for Alpha-Bits, marketed to kids. Very trippy, very "educational."

One of the TV spots from 1972 starred The Jackson 5 (Jackie, Tito, Jermaine, Marlon, and yes, even Michael) at the height of their popularity; soaring high in the sky singing their own recorded funky version of the Alpha-Bits jingle. A lucky few collected the limited edition run of the cereal which featured a one-sided, five track flex-disc released in conjunction with Motown Records that had to be cut out from the back of the box.

Posted by Ted Swedenburg at 5:09 PM No comments: 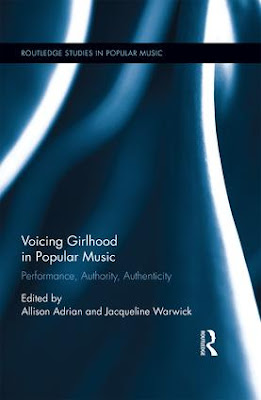 This interdisciplinary volume explores the girl’s voice and the construction of girlhood in contemporary popular music, visiting girls as musicians, activists, and performers through topics that range from female vocal development during adolescence to girls’ online media culture. While girls’ voices are more prominent than ever in popular music culture, the specific sonic character of the young female voice is routinely denied authority. Decades old clichés of girls as frivolous, silly, and deserving of contempt prevail in mainstream popular image and sound. Nevertheless, girls find ways to raise their voices and make themselves heard. This volume explores the contemporary girl’s voice to illuminate the way ideals of girlhood are historically specific, and the way adults frame and construct girlhood to both valorize and vilify girls and women. Interrogating popular music, childhood, and gender, it analyzes the history of the all-girl band from the Runaways to the present; the changing anatomy of a girl’s voice throughout adolescence; girl’s participatory culture via youtube and rock camps, and representations of the girl’s voice in other media like audiobooks, film, and television. Essays consider girl performers like Jackie Evancho and Lorde, and all-girl bands like Sleater Kinney, The Slits and Warpaint, as well as performative 'girlishness' in the voices of female vocalists like Joni Mitchell, Beyoncé, Miley Cyrus, Taylor Swift, Kathleen Hanna, and Rebecca Black. Participating in girl studies within and beyond the field of music, this book unites scholarly perspectives from disciplines such as musicology, ethnomusicology, comparative literature, women’s and gender studies, media studies, and education to investigate the importance of girls’ voices in popular music, and to help unravel the complexities bound up in music and girlhood in the contemporary contexts of North America and the United Kingdom.
Posted by Ted Swedenburg at 1:08 PM No comments:

A massive collection, including many anti-war posters, Black Panthers, and so on. You can search for Vietnam War posters by putting 'Vietnam' into the search engine, but this doesn't yield all the relevant results, unfortunately. Perhaps the pacificism category does. I just looked through the entire collection, which takes some time! 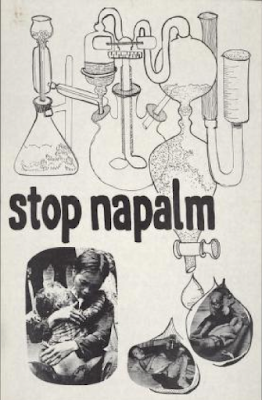 Posted by Ted Swedenburg at 7:44 AM No comments: 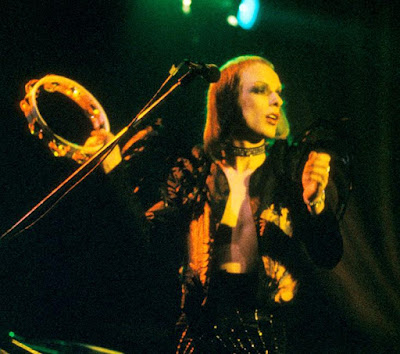 every single issue of the influential psychedelic underground newspaper published in London between 1967 and 1973 after several years of an Australian version. here. 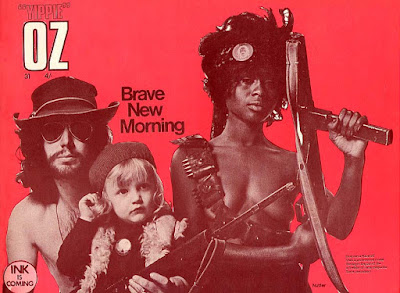 Posted by Ted Swedenburg at 8:14 AM No comments: 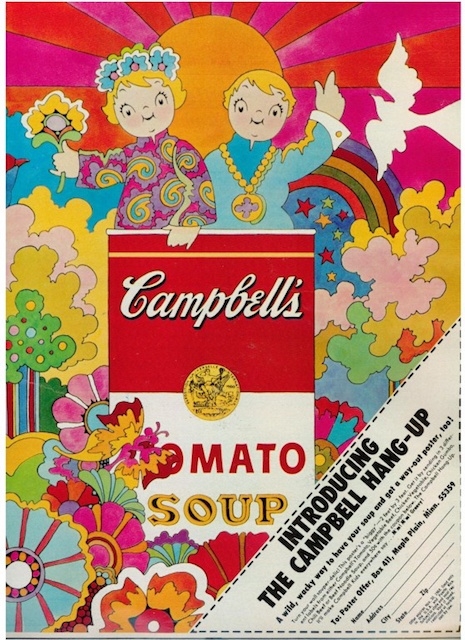 Reference: Thomas Frank, The Conquest of Cool.
Posted by Ted Swedenburg at 8:06 AM No comments: